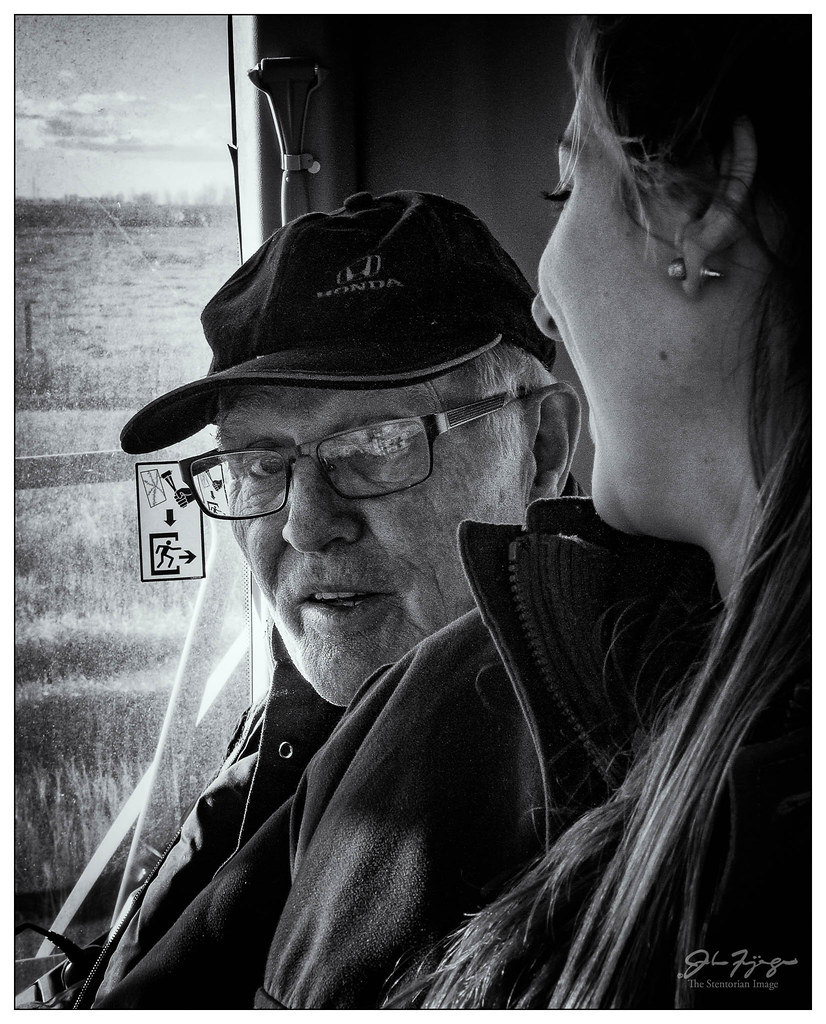 I called him Sir Lawrence but Larry is a former school teacher from Three Hills. He’s been operating combines for Carlson Ag for many years. On this day, he’s in the cab teaching his young friend the finer points of running the big harvester. 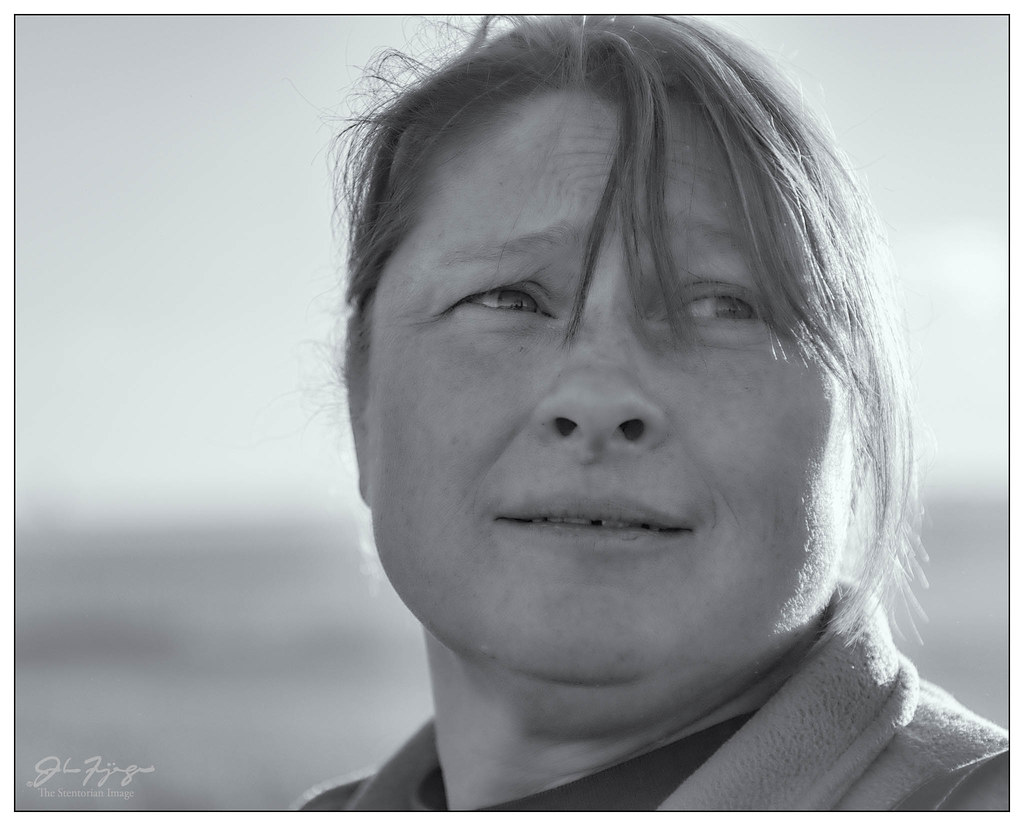 Our friend Shanyn has a worried look as she watches out for the weather. After a rain delayed harvest, the combines are back in the field but her husband Earl, still has to keep fixing them as they break down. 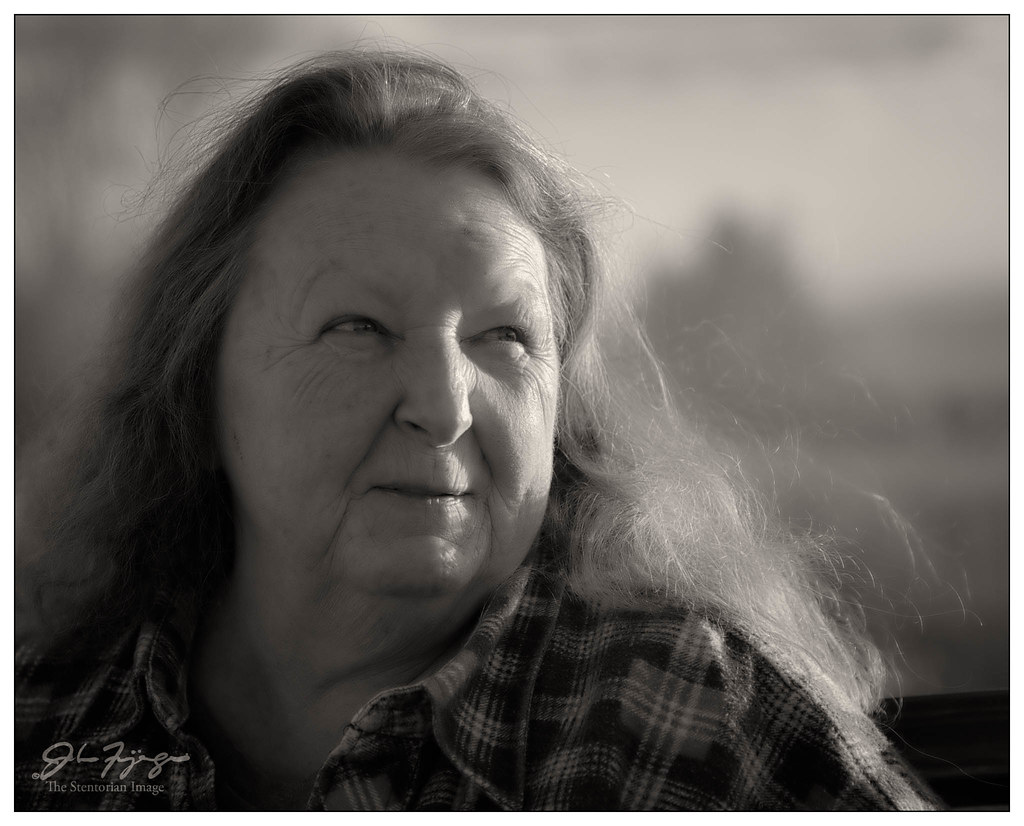 The late afternoon light is causing her to squint a little but she’s enjoying the sun while we’re out in the field watching combines.