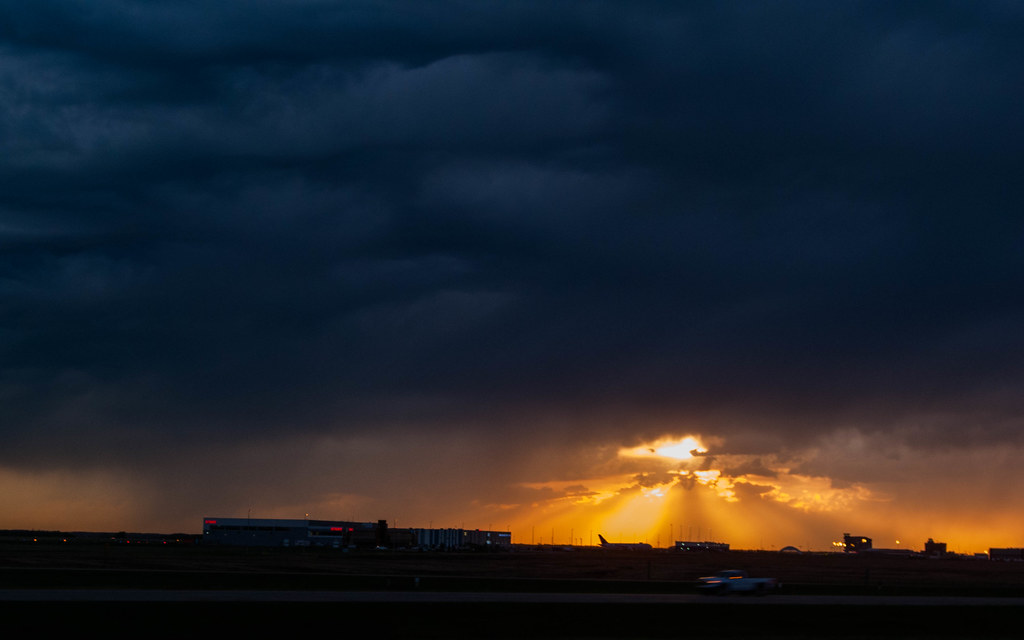 A jet had just landed at Edmonton International Airport in the golden light of sunset, just ahead of the rain storm that was about to come through town. 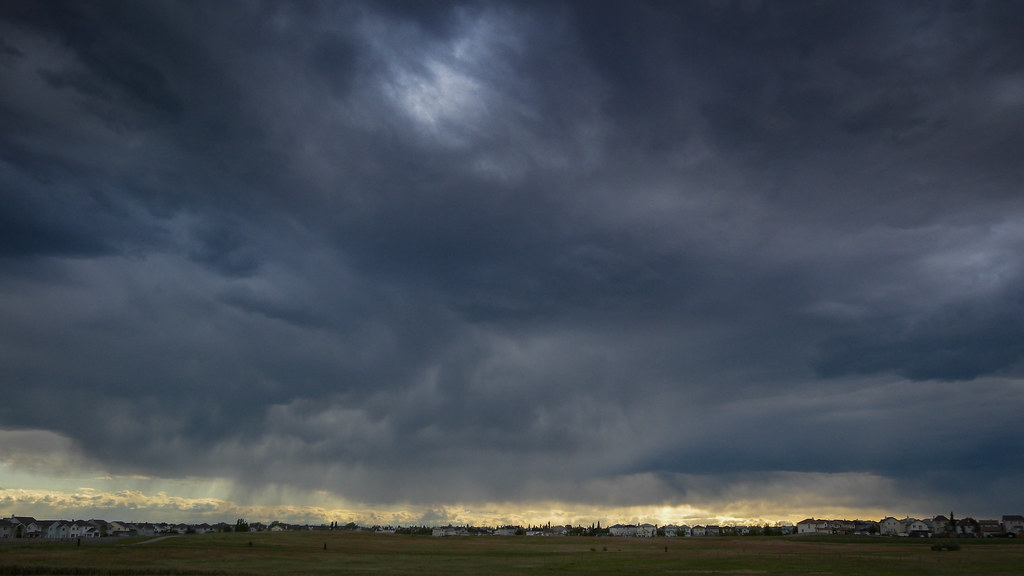 Giant storm clouds dwarf the houses along the edge of the city. 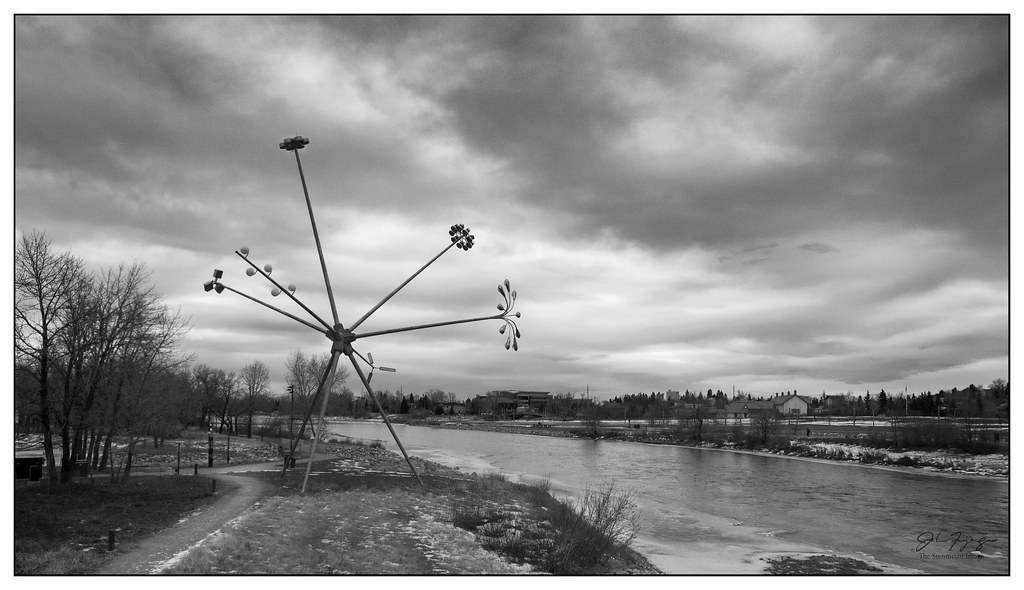