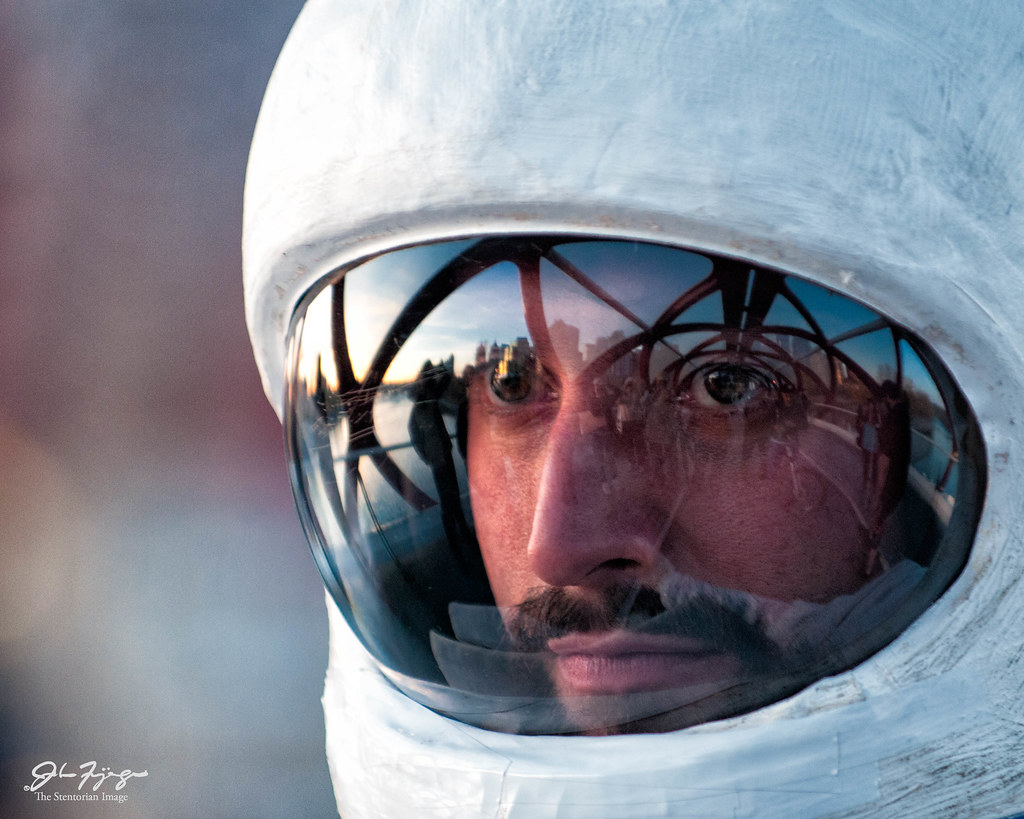 Neil’s friend Steve peers out of his helmet with the Peace Bridge reflected in the Plexiglas. Light from the sunset warms the image. 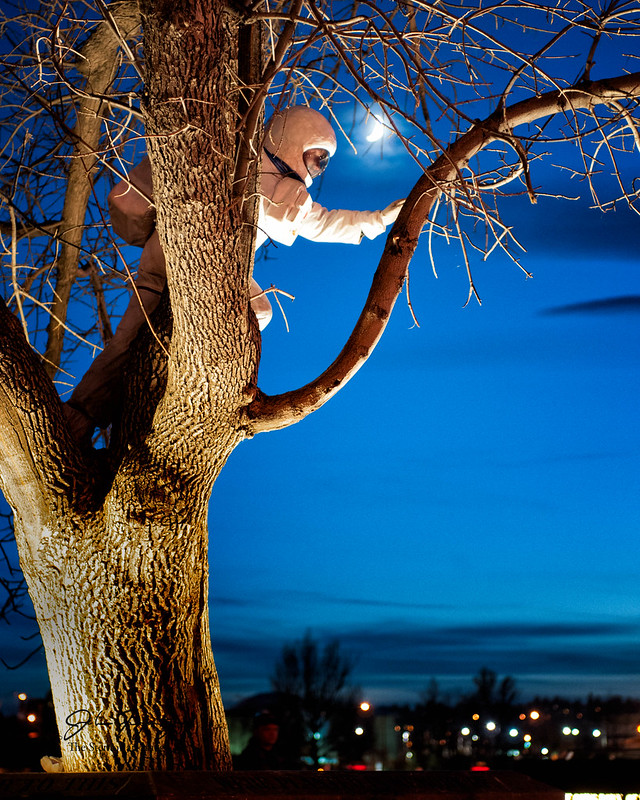 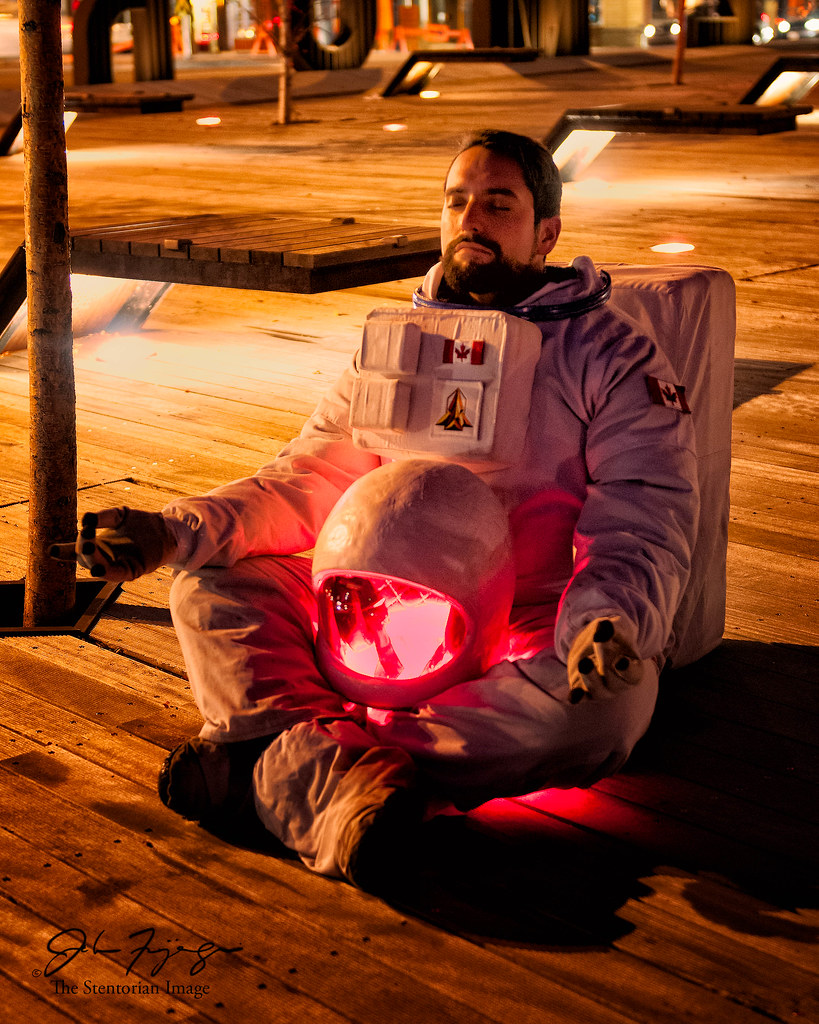 Steve the Astronaut at Poppy Plaza.

My friend Neil Zeller has been putting on a Photowalk for the past few years around his Birthday to celebrate with friends and to meet new people. The Photowalk this year was another great success. Neil is all over on Social Media. His Facebook Page or Instagram, for examples. 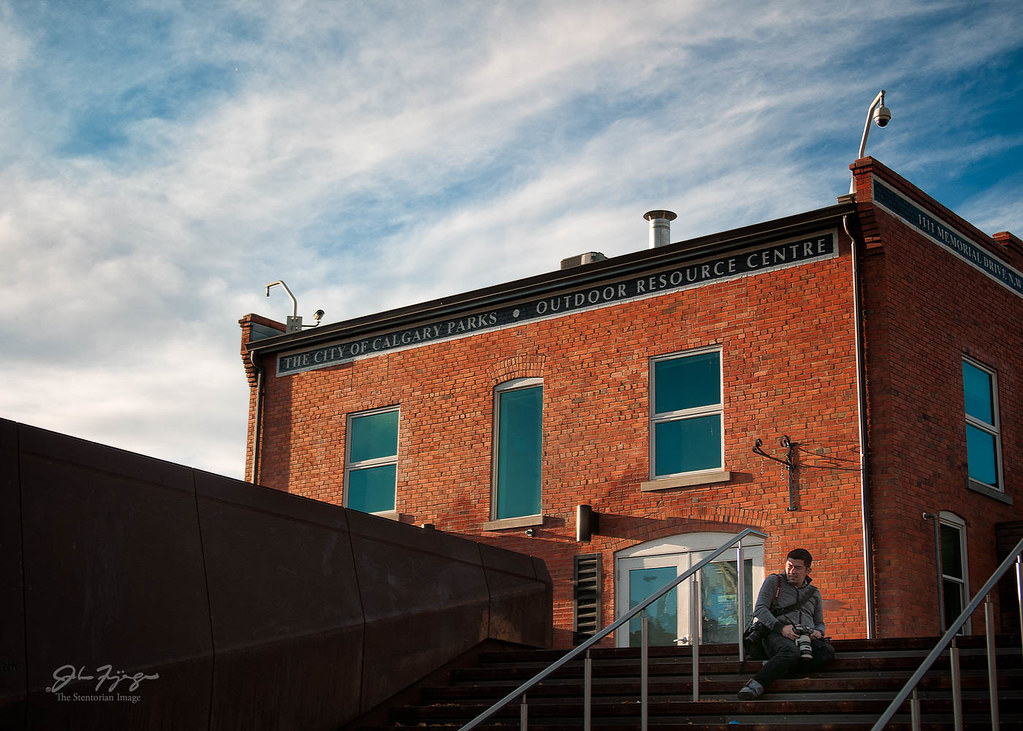 The City has turned the area at 10th Street and Memorial Drive NW into something called Poppy Plaza. It seems fitting with the ideas of a memorial on Memorial Drive. They have created a open and usable public space on both sides of the north side of the Louise Bridge, with a walkway under the bridge. The old Fire Hall was converted into a City of Calgary Parks building.

One of the  photo walk participants was sitting at the top of the stairs looking for a new shot. I liked the warm light on the back of the brick building and all of the leading lines.