You’re On The Wrong Side 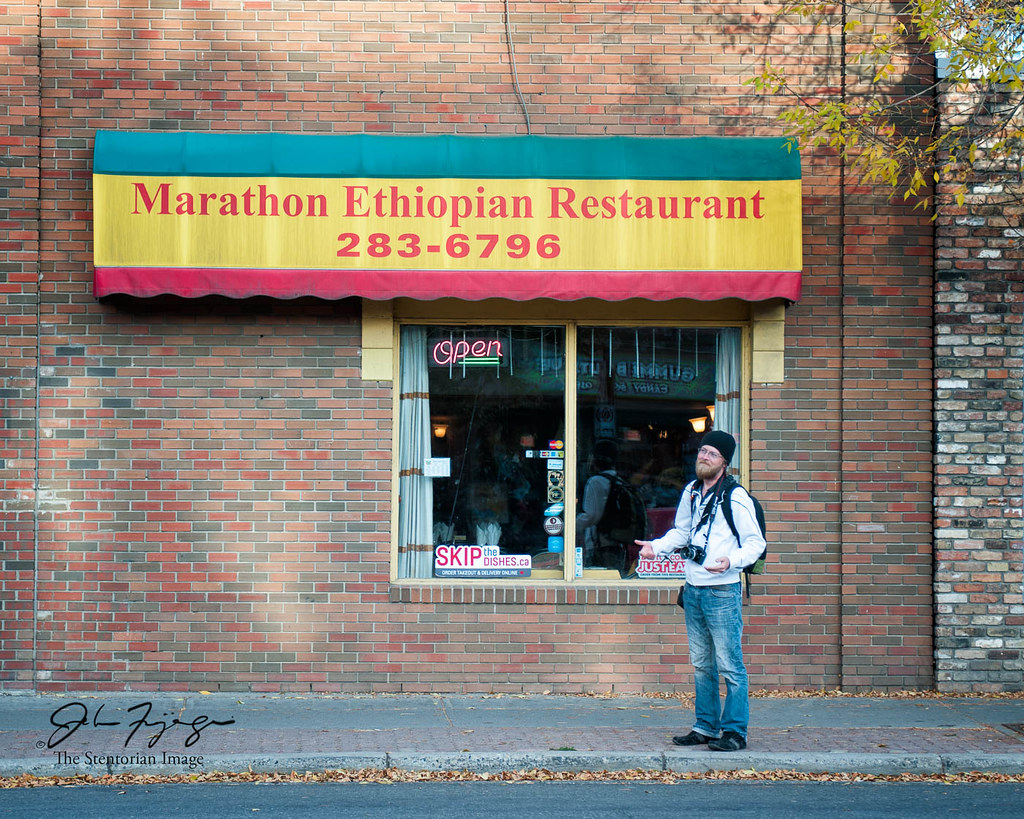 I was walking with Gudrun, the group leader up the west side of 10th Street NW. We were informed that we were on the wrong side. Gudrun replied the better light was on that side.

I know there are a number of things wrong with this image. but it was a fun moment to capture. We were on our way to the park on the right to take the dogs for a run, when I looked up and saw this rainbow. My Nikon P6000 point and shoot wouldn’t contain the entire rainbow in one shot, so I took two. I merged them as a panorama in Photoshop CC and doing some minor tweaks in Nik Software’s Color Efex Pro 4. After post-processing, a faint double rainbow on the left side appeared.

This is definitely one of those times when I wish I’d shot more. I have 2 frames of this scene which are nearly identical. At f/4.0 the foreground is out of focus. I would liked to have seen what it would have looked like with more depth of field. Also, a shot from a lower angle might have proved interesting. Looking down the row of hoops to the crank and chain of the bike sounds like a view I’d like to see. Maybe shooting from more to the right with more of the building and less of the street may have been the way to go. We will never know now, because I only took two shots.

When you find something interesting, work the angles and make sure you have covered all of the possibilities.

I Have Seen The Street Scene

I was first attracted to the large mural on the front of the building. The strong cross lighting cast hard shadows onto the storefront. I snapped a few shots but the scene needed something more in the frame. The first few had a person but in the wrong place or with a car obstructing the view. This woman came along the other side of the street and placed herself in the correct place. Her shadow falls in the extreme left of the image, balancing the large shadow of the tree on the other side. I’m not sure why she raised her hand to her forehead, Maybe she’s looking down the sidewalk or maybe the sun is giving her a headache. I like the fact she’s dressed all in black, it accentuates the colors of the wall. Living in a small town, there’s less opportunity to do street photography, something I’ll have to remedy with more photography in the city.

Following a successful Worldwide Photowalk in Chinatown, I was feeling a street vibe.  On our next outing, I was looking for street shots.