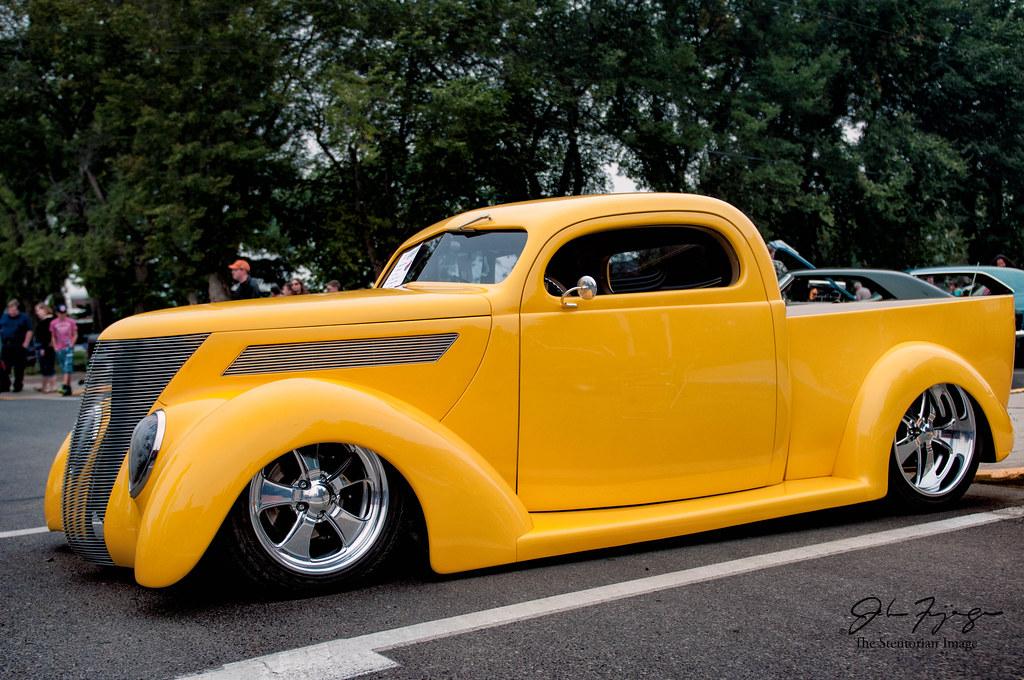 I think that I might be a little cramped for head room in this old pickup. I’m not a big fan of the chopped top, because I like to sit up and be comfortable, but there is no denying that this is one good looking truck. It’s a very clean appearance and well presented. The gap around the the custom door frame is even all of the way around. I didn’t check underneath but I’m sure there is an adjustable suspension (air or hydraulic) to lift this baby off the pavement. 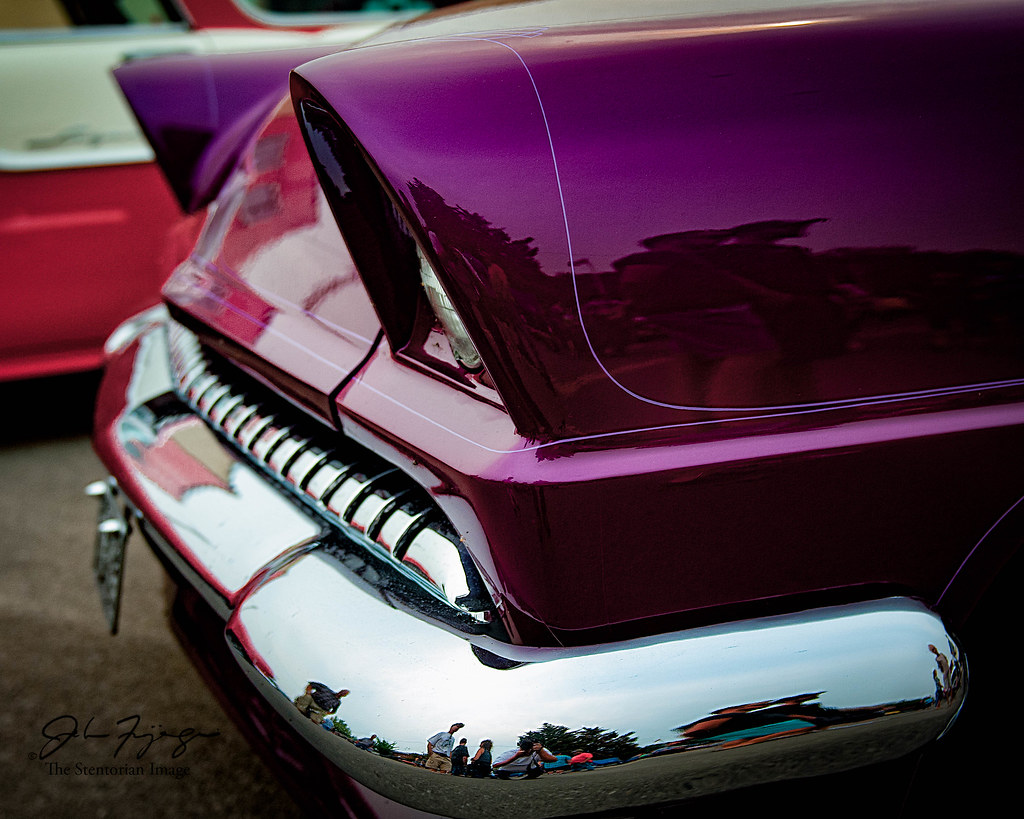 The extended head light eyebrows on this customized 1955 Mercury add an air of mystery to the intense color of this car. The massive chrome bumper adds a weightiness to the front end of a vehicle that has had much of the other chrome trim removed. The fish eye effect of the corner of the bumper gives a view of the street life on show day. 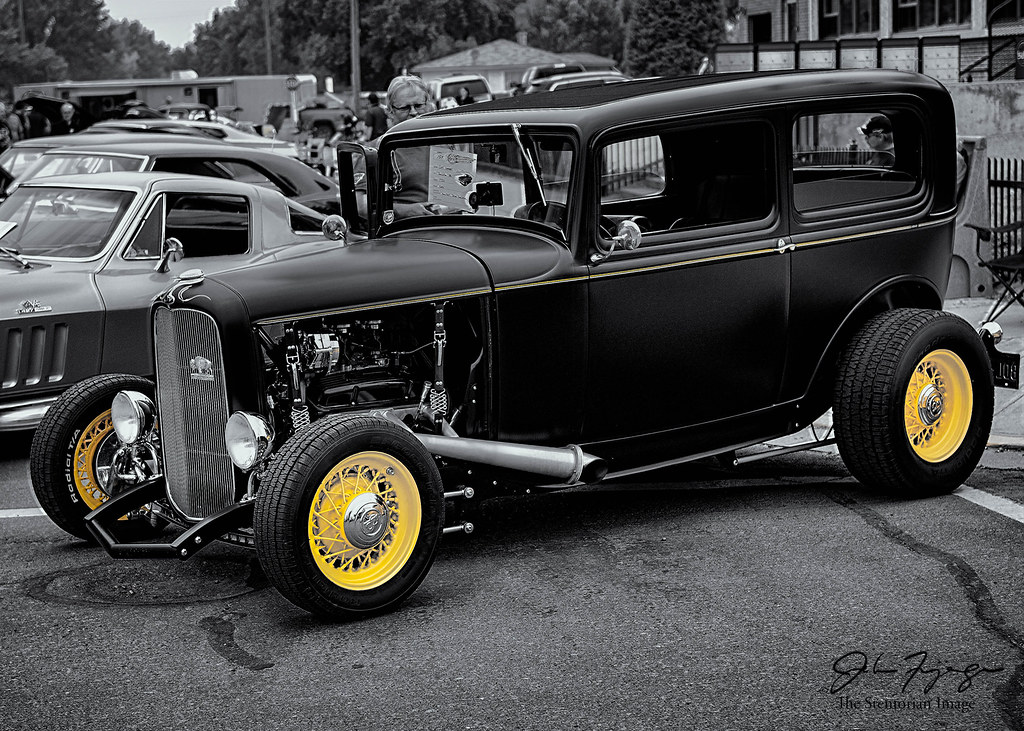 This 1932 Ford Tudor Sedan was one of my favourite vehicles from the Taber Cornfest Show and Shine. It was well done without anything looking over done or to excess. Everything contributed to the car as a whole. I liked the clean lines, the simple paint and the somewhat understated feel to the vehicle.

I first thought the black car would look good done in a black and white treatment but it felt lacking. The pop of the yellow wheels in the original color image was very attractive. So, at the risk of being ridiculed by my monochrome purist buddies, I dropped my bias against over done Selective Color and used it on the wheels and pinstripe. I had to go back to the RAW image and check to find out that only the upper of the two fine lines of the pinstripe was yellow, the bottom being white. Another example of the attention to details that the owner has made on this fine Street Rod. 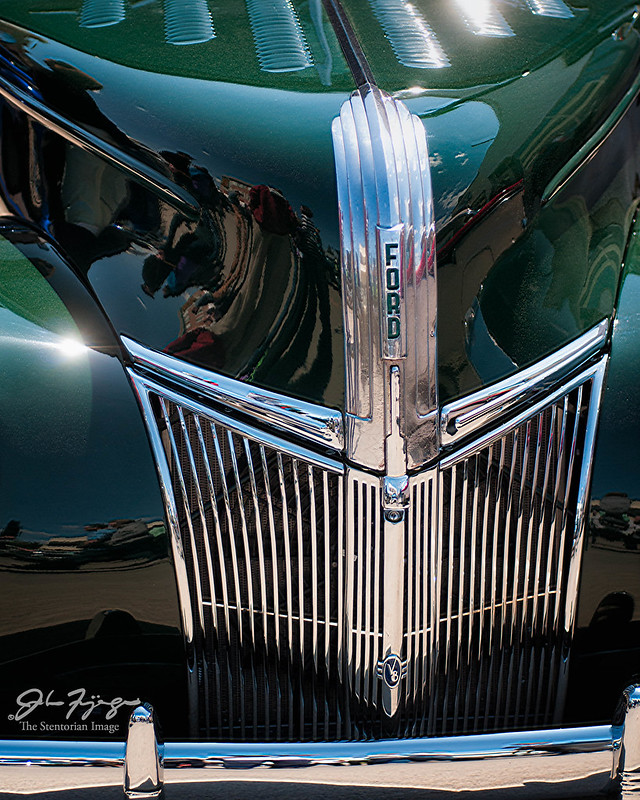 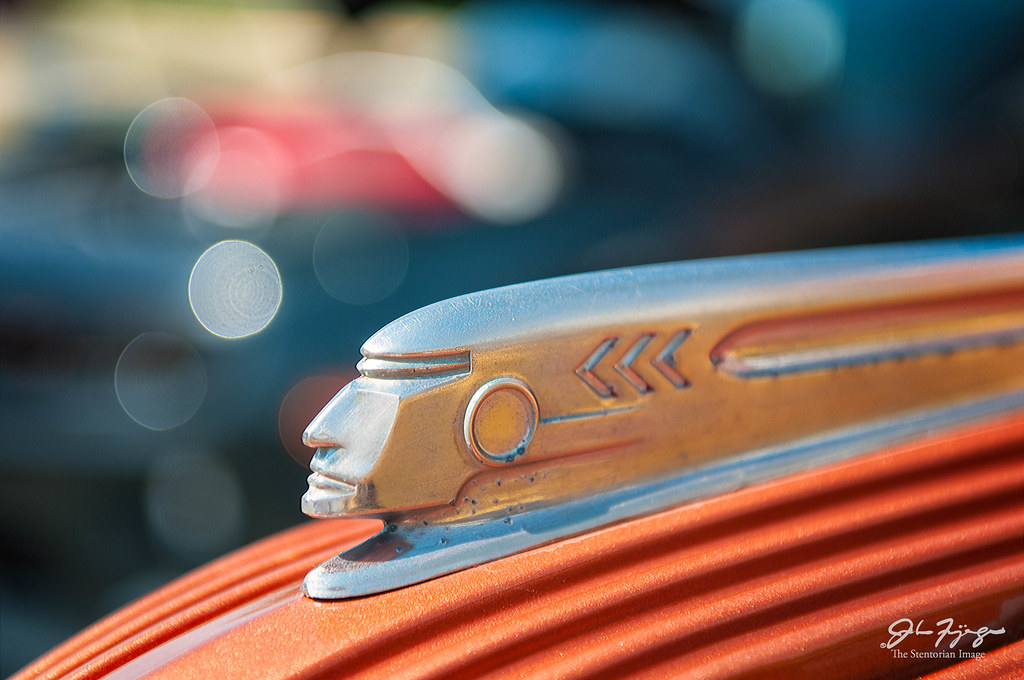