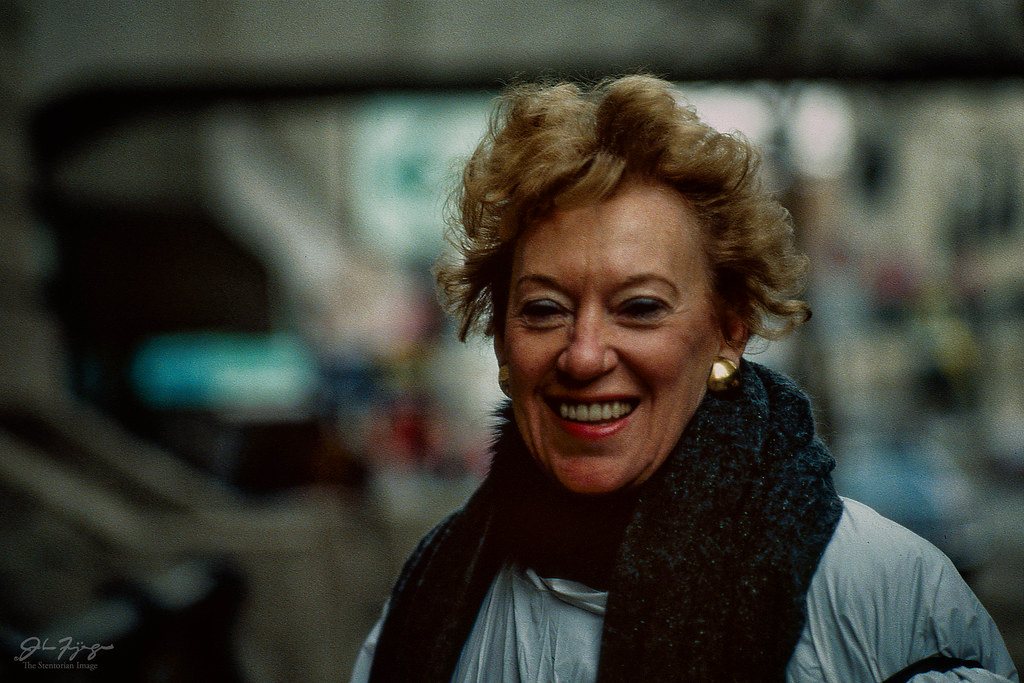 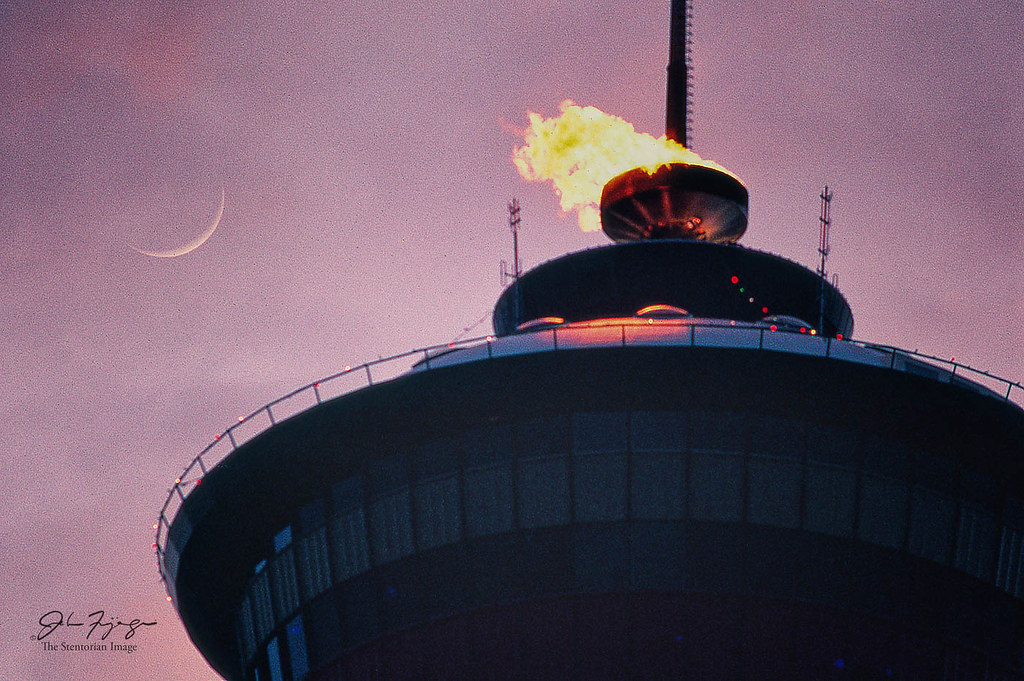 I took the month of February off in 1988 to work for Nikon at the Winter Olympics. One evening I attended a Medals Ceremony in Olympic Plaza across from City Hall. While waiting for the presentations, standing elbow to elbow in a huge crowd, I turned around (with a giant monster lens) and spotted the fingernail moon next to the Olympic Flame on top of the Calgary Tower. It was an amazing moment for me, full of pride in my city and country, lugging around dream equipment and having a great time.

The bright yellow with red stripes of the Canadian Ski Team was instantly recognizable to me. I almost didn’t have to look for the Calgary ‘88 logo on the bib. I was a little curious about it being in Banff at all, with Banff having been by passed for 1988 Winter Olympic venues. It did bring back many fond memories for me.