A Tree Dies In The Forest 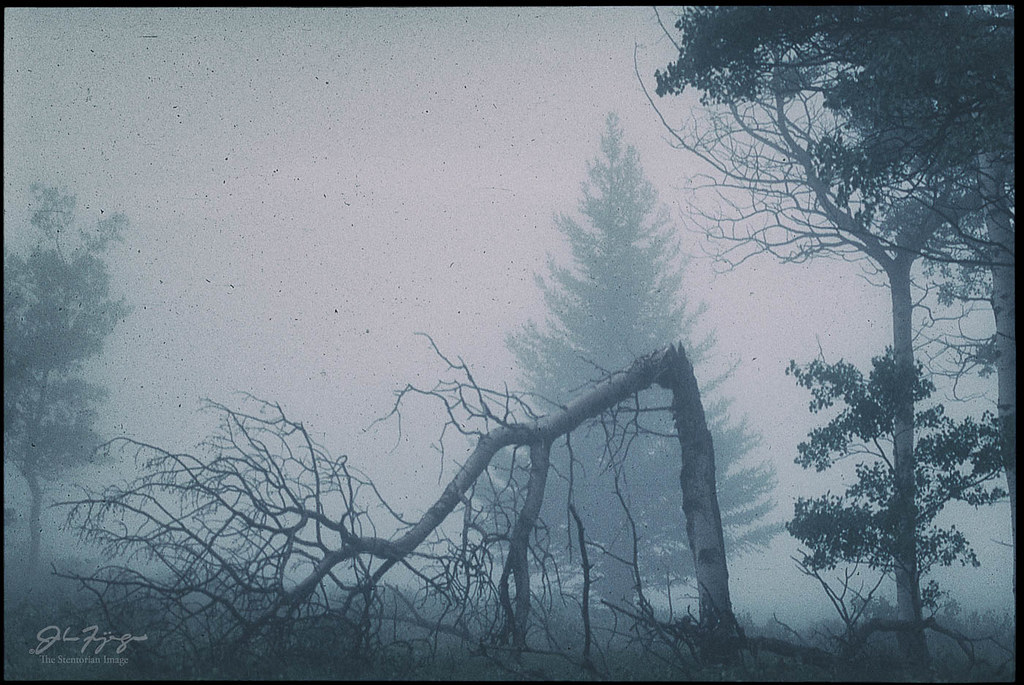 On a foggy morning in the Cypress Hills, we were wandering through the forest. I came across this fallen aspen tree. The triangular shape was repeated behind it in the spruce tree.

At the Cypress Summer 1986 photo workshop with Courtney Milne, the participants were lucky enough to observe a wide variety of weather conditions. As usual, I was one of the last to get up from shooting before the front hit us.

Sometimes, when you can find a high vantage point, you can see sweeping vistas. One evening, in June of 1986, a group from Courtney Milne’s Cypress Hills workshop was at such a vantage point. We observed an on rushing rain storm coming at us from miles away. As the distance closed rapidly, we continued shooting. We were barely ahead of the storm when the drops started, and from there it was a mad dash to the cars, hoping we had captured some amazing images on film.

In the best light..

Bluebells In The Wind

Shooting with Courtney Milne, I got to previsualize images at his suggestions. Seeing the bluebells waving in the wind, I had to come up with a way of seeing them as being in motion. Using a slow shutter speed allowed the blossoms to move while the film was being exposed. Having lost my notes from 1986, I would guess that this shot was probably made at 1/15 sec at a small aperture with a 50mm lens.

Another image of an approaching storm from Cypress Summer 1986 with Courtney Milne.