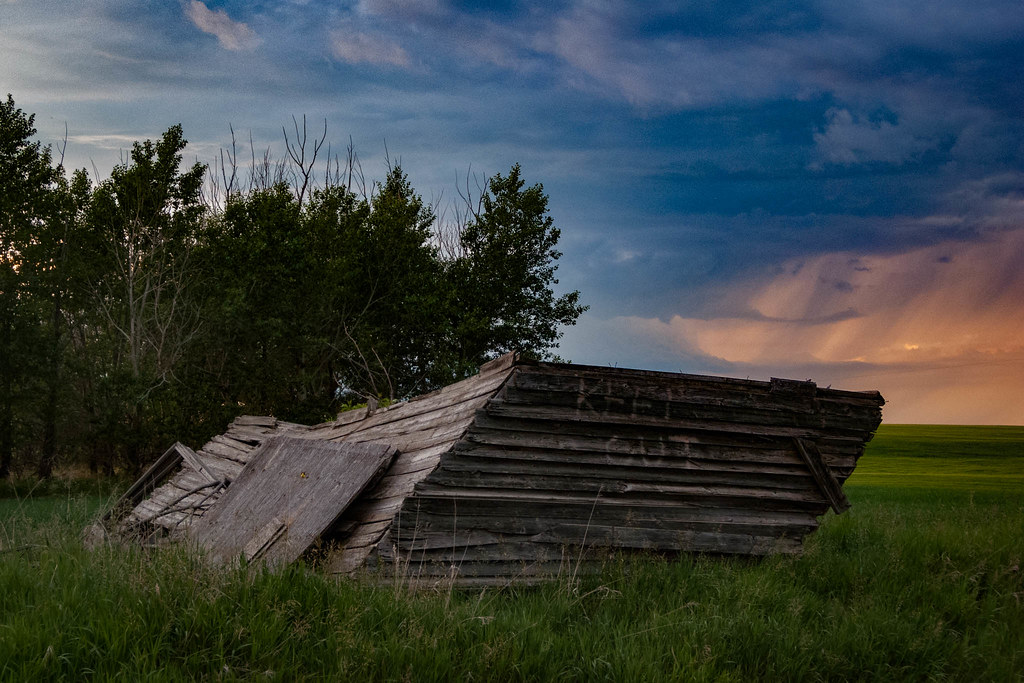 As the clock keeps ticking, there seems less to keep out of. The old building is showing it’s age, looking like it’s about to lay down. The incoming storm will only beat on it some more.

The Old And The New

The Bow Building towers over the Clarence Block. The Bow is Calgary’s newest skyscraper, finished this year, it is the the tallest building west of Toronto. It was designed by Foster + Partners from London, UK. They won the Stirling Prize for architecture in 2004 for 30 St Mary Axe also known as “The Gherkin”.

Compare that to the Clarence Block rebuilt in 1901 by James Lougheed the grandfather of former Alberta Premier Peter Lougheed. After a fire that destroyed the original 1892 building on Christmas Day1900, Senator Lougheed vowed to rebuild immediately. The new building was designed by William Dodd (who also designed City Hall) and opened by February 1901!

One of the things that amaze me with old buildings is the incredibly intricate details in their construction.