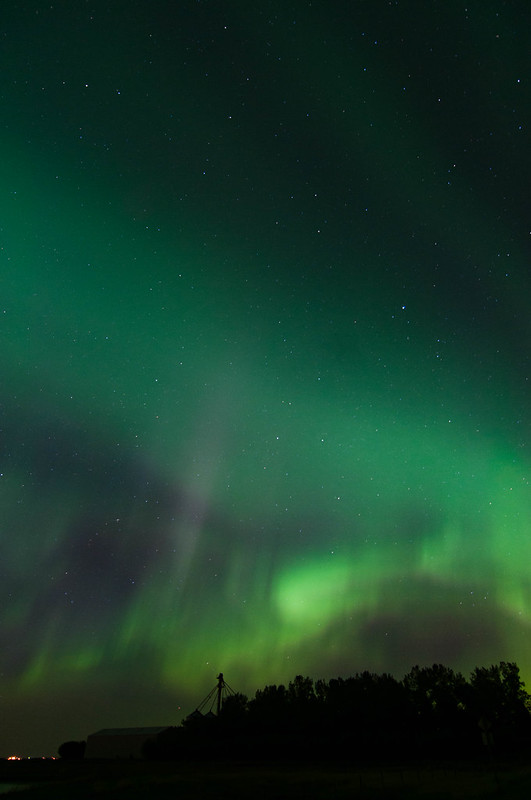 When I’m out at night shooting Aurora, the camera always picks up more than I can see with my naked eyes. There has to be some really intense colour for me to see it. My wife Sherri has an uncanny ability to see the nearly invisible colours in the aurora and can usually point me in the right direction. 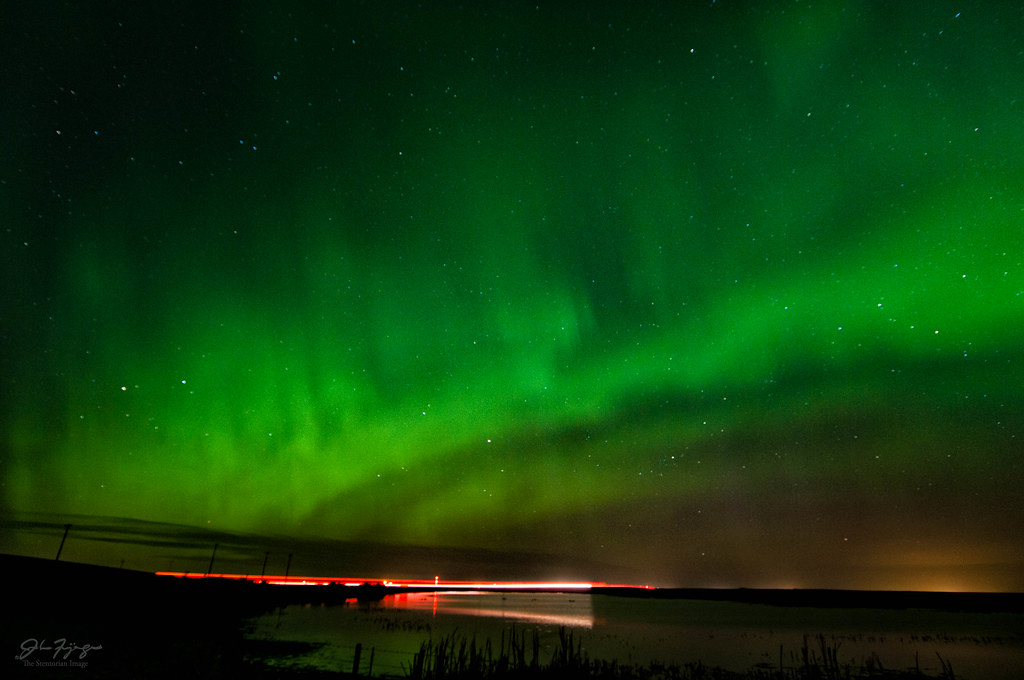 Saturday night rolls in and I’m just settling down with the computer. The first post I read is one from a buddy of mine that says head outside and look up, you can see the northern lights inside the City of Calgary! I’m thinking, can it be? So, I check the Space Weather Report and sure enough, a G3 event is underway. I race upstairs and roust Sherri, who’s just getting ready for bed and I pack up the camera gear to load the truck. We’re out in 5 minutes and on location in another 5. Our spot, next to the busiest highway in the province. This shot takes advantage of the location to add taillight highlights to the composition. 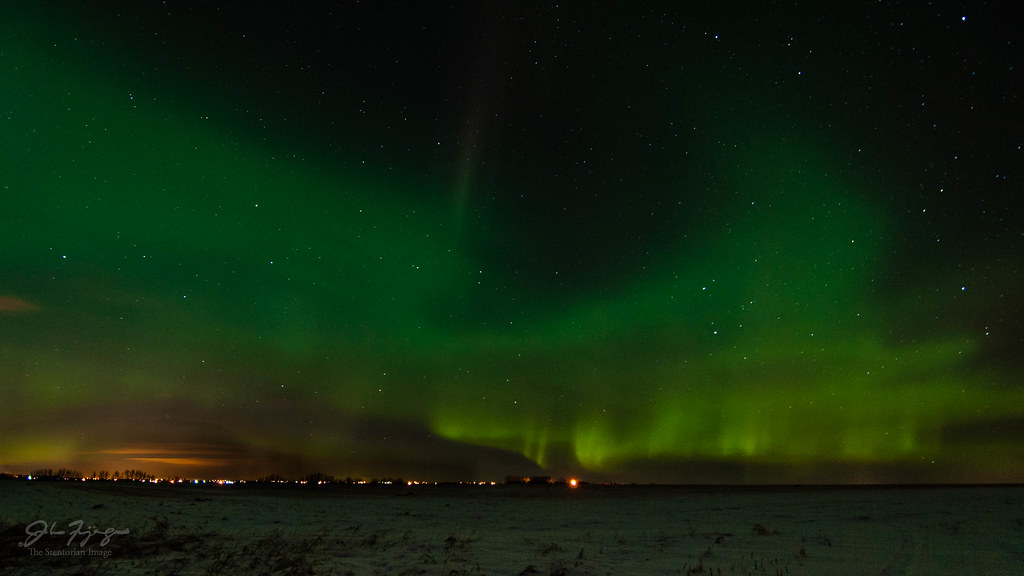 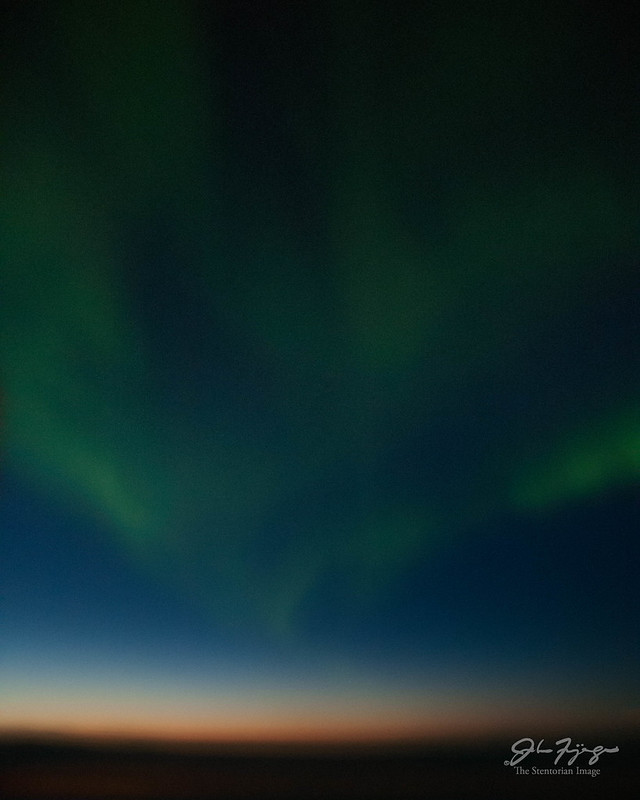 I was up north of Yellowknife in March when I took this shot (8 seconds handheld). The sun will soon rise. I saw the aurora most nights when travelling in the north but, sadly, wasn’t able to stop very often. 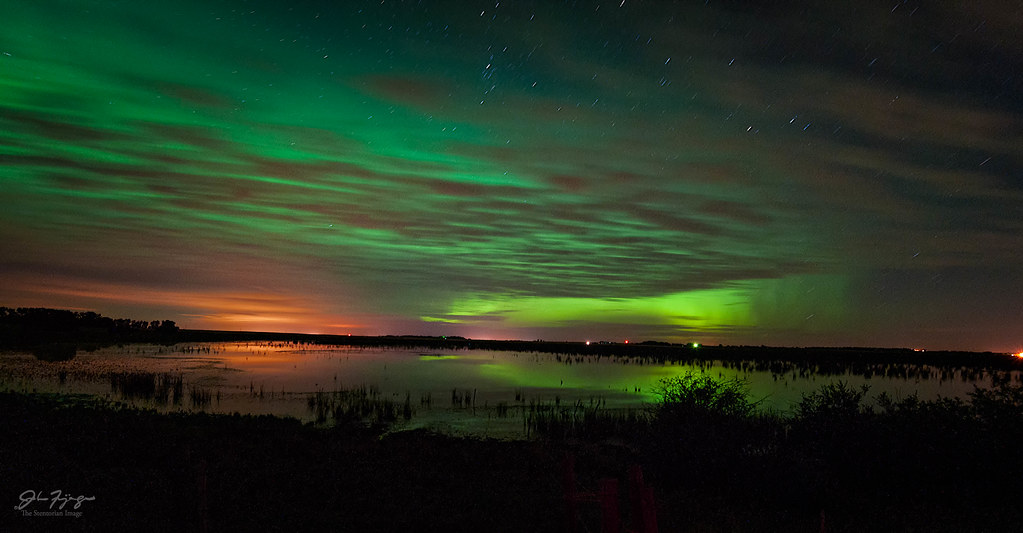 It was a while since I had last shot images of the northern lights and I still had to refine my technique. In this shot the exposure was too long and the stars started to create trails. This time west of Carstairs. 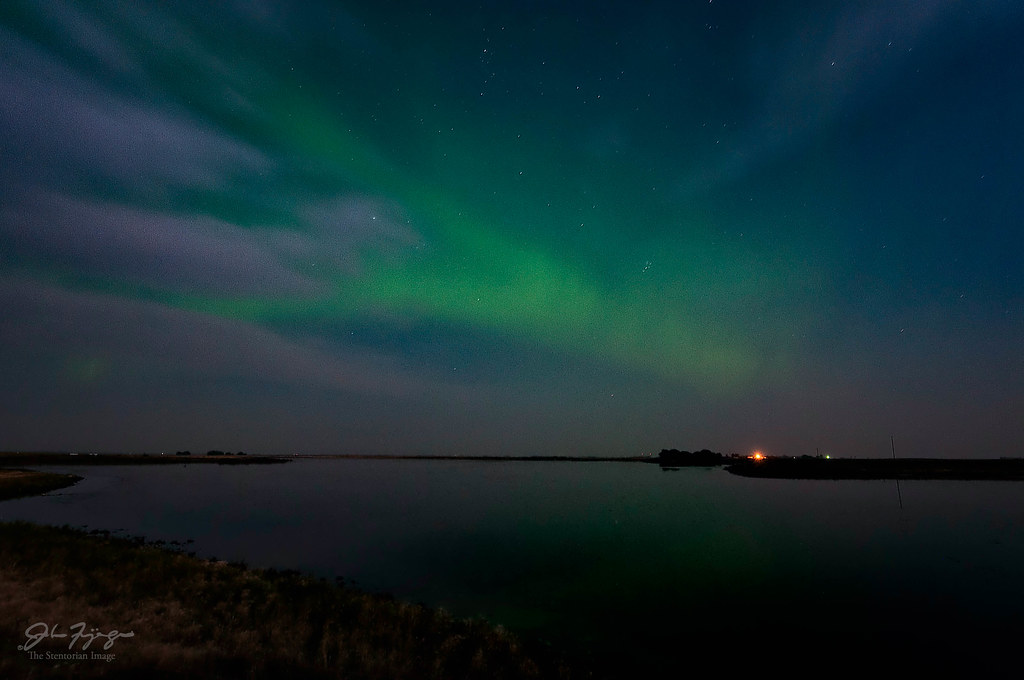 During the summer, I was able to get out to see the aurora a few times. Here we are at a pond east of Didsbury. 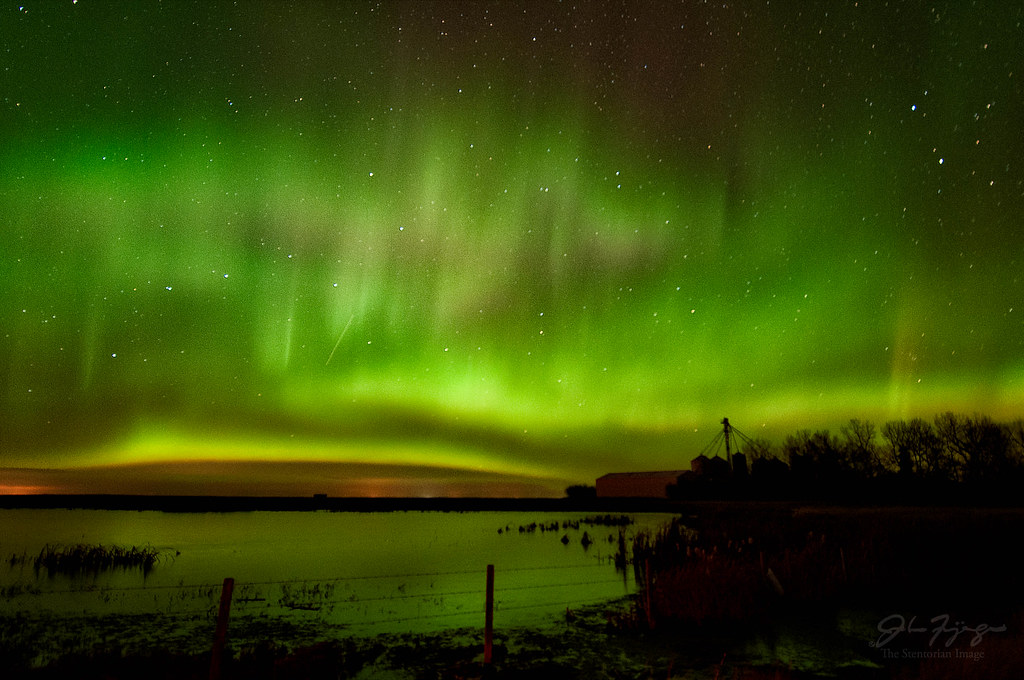 I saw this beauty in November, just east of the QE2 Highway near Carstairs. 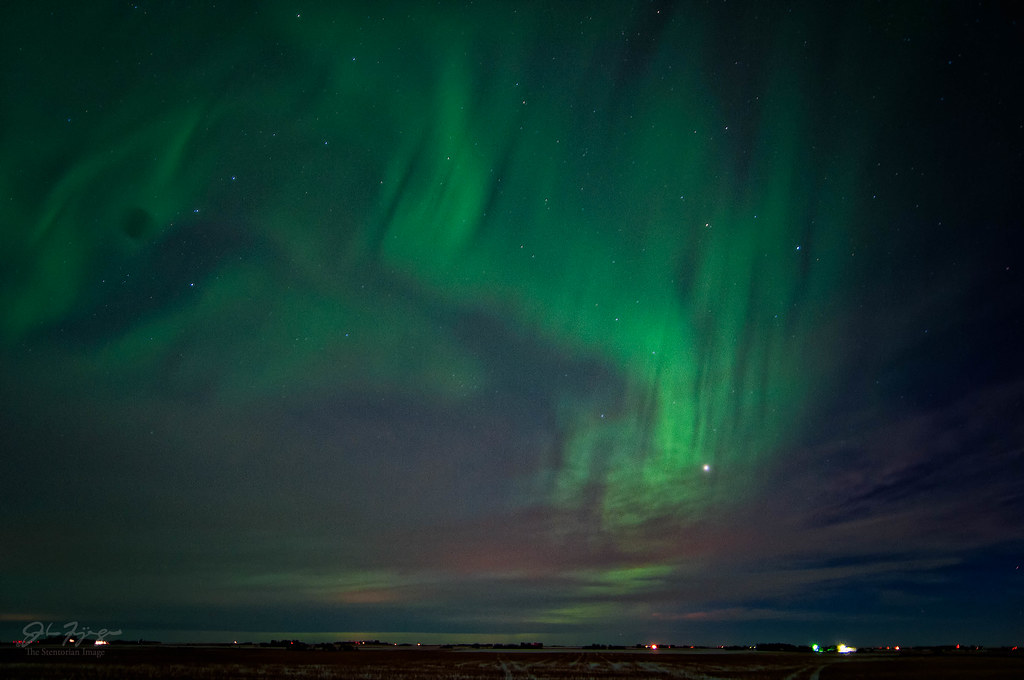 December saw me out late for more aurora hunting, to make this catch.

I hope everyone had a great year of photography and wish that 2016 be your best year yet!