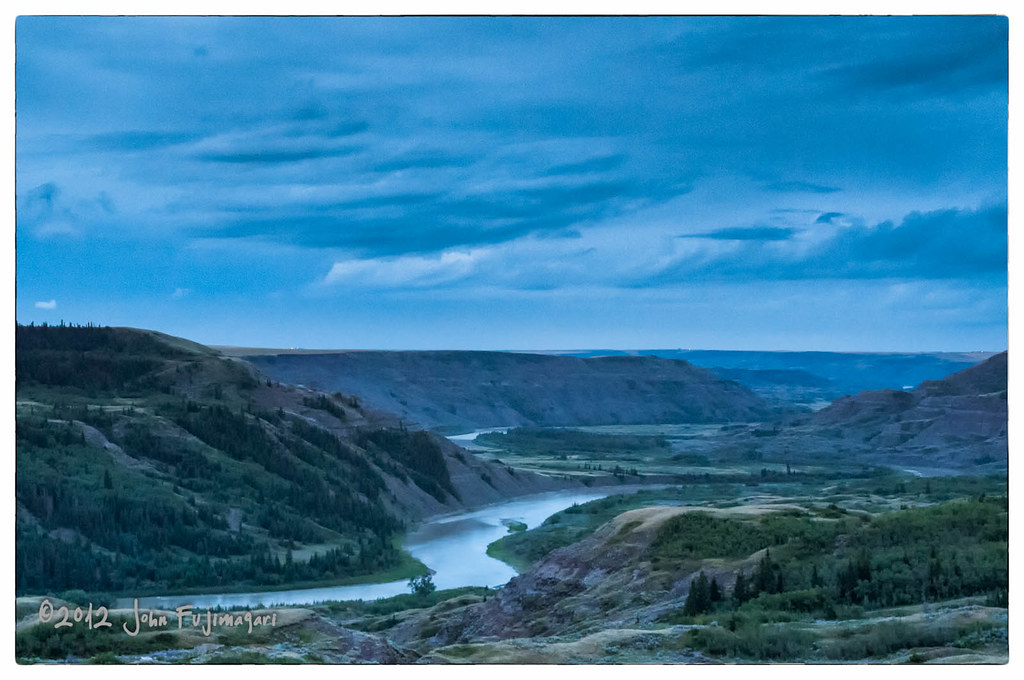 Sometimes you break a few rules, but I don’t take photography “rules” very seriously. To me, they are more like suggestions. In no particular order, “you don’t split the frame in half with the horizon”, except if you like it that way. The whole image has a blue cast which some might want to correct. At another time I might have wanted to as well, but it was as I saw it. The image seems soft. This was caused by a haze in the air, which contributed to the blue cast as well. I did like the soft focus look so, I kept that as well.

The scene is over looking the Red Deer River Valley from Dry Island Buffalo Jump near Trochu, Alberta.

This entry was posted on August 22, 2016 by johnfuji. It was filed under Landscape, Photography, Workshop and was tagged with Alberta, blue, landscape, Oopoomoo, outdoor, photography, Red Deer River, river, Trochu, valley, water.