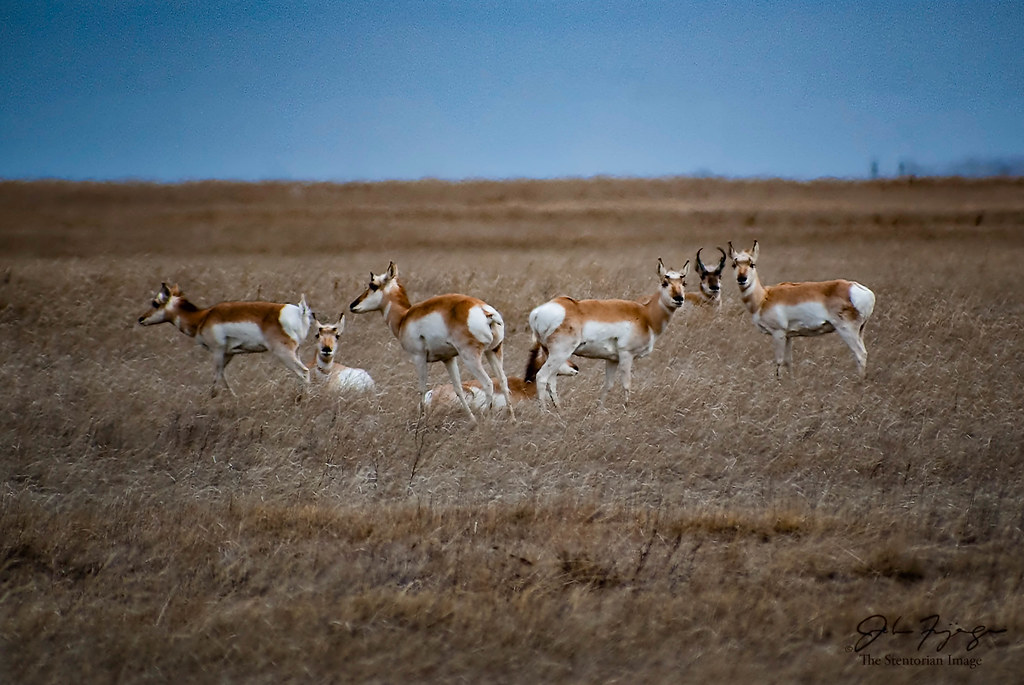 When you get away from the cities and towns, and out on the open range, sometimes, you catch a glimpse of the fastest land animal in North America. In fact, Pronghorns are second in the world, to the cheetah, but can actually sustain high speeds for longer. This day, I found them taking a break and grazing. I shot from the vehicle having learned previously, if you get out, they’re gone (and I don’t run that fast).

This entry was posted on July 15, 2015 by johnfuji. It was filed under Photography, Wildlife and was tagged with Alberta, antelope, Brooks, grassland, photography, prairie, pronghorn, range, wildlife.